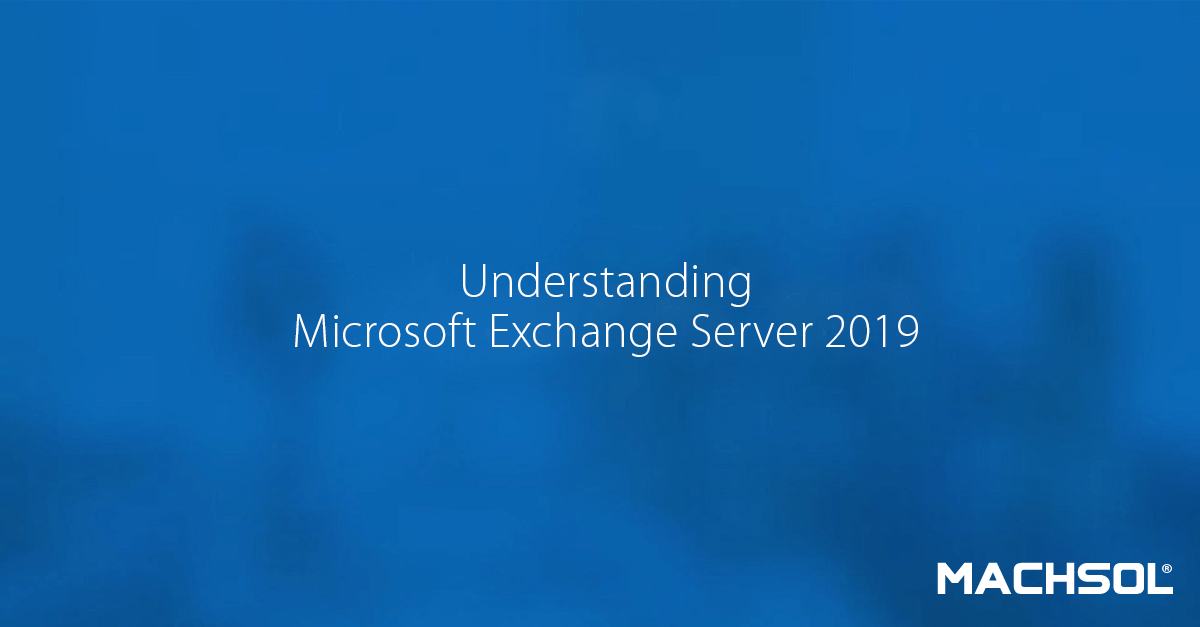 Quite recently the preview of Microsoft Exchange Server 2019 was released. This version is promised to deliver security, reliable performance and improved administration along with management capabilities. Generally, there is a pattern that new features are first introduced in Exchange Online and later in on-premises Exchange. For on-premises users, it is either used as an entirely new release, or introduced to them as cumulative updates. Here’s what to expect from the latest Exchange Server 2019 according to its public preview:

ALSO READ
Features To Be Seen In Microsoft Exchange Server 2019

Whether you have a standalone, highly available or Multi-datacenter Exchange Deployment, you can easily automate and manage entire life cycle of your Microsoft Exchange offering. With MachPanel you can sell, bill, provision, manage and support fully segregated & multi-tenant Exchange. With its exciting list of feature set and operational capabilities, MachPanel can help you:

Go ahead and avail the opportunity to grow your business with MachPanel Automation Module for Microsoft Exchange.

Cross forest migration refers to Exchange mailboxes migration amongst Active Directories. Companies often opt for such a migration when a cross Domain functionality is required i.e. Microsoft Exchange deployment is needed on a new Domain. This is a tedious process, where there is a lot of command line handling and PowerShell scripts that may result in data loss, if not handled properly. Thus, the...

Microsoft Exchange is adopted by most enterprises these days as the mainstream tool for business email and collaboration. Since it is one of the most popular email management business productivity tools of this age, businesses are creating more data than ever that is accessible anywhere anytime. Cloud Data is Your Responsibility Whether you are making the shift to the Cloud or setting up the on...